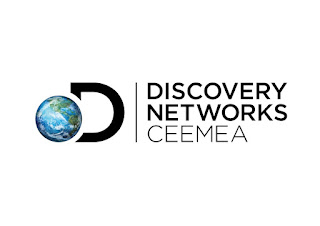 Discovery Communications today announced it has formed a partnership with BHS Media to empower BHS Media to use Discovery’s content and branding to create and launch a brand new free-to-air lifestyle channel for Farsi-speaking markets across the Middle East and North Africa. BHS Media will launch Home & Health Farsi in September exclusively on Eutelsat’s HOTBIRD and EUTELSAT 7B satellites, featuring a mixture of inspirational content for family-focused Persian women.

“Discovery has been investing in the Middle East for over 17 years, with globally-recognisable channels and popular programme franchises that have helped us position ourselves as one of the leading multiplatform broadcasters in the region,” said Amanda Turnbull, VP and Country Manager, Discovery Networks MENA. “The launch of Home & Health Farsi represents our commitment to also deliver a more localised offering, with content that has been specifically curated to meet the needs of the currently underserved Farsi-speaking communities. Thanks to our partnership with BHS and Eutelsat, we will further expand our FTA footprint across the region, and bring our content to more people on more platforms than ever before.”

”By partnering with Discovery, we are combining our local expertise with their world-class content creation capabilities to launch a channel that will provide a new style of entertainment for the Farsi market,” said Hamid Rahmani, CEO, BHS Media. “Featuring a diverse range of lifestyle content from Discovery’s extensive library, including Arabic and international cooking series, travel, fashion and home makeover, Home & Health Farsi will satisfy the needs of the extensive female Farsi-speaking audience.”

Home & Health celebrates and inspires family-focused women to be the best version of themselves in every aspect of their lives. With a diverse range of content, from food and travel, home and family, and fashion and styling, Home & Health Farsi brings together popular female interest topics together in one place. During its first month, viewers can look forward to shows from popular Arab chefs such as Mohammed Orfali in Modern Cuisine and Wafaa Alkandari in Salt & Pepper, as well as international lifestyle series including Craft Wars and Gordon’s Great Escape.

The launch of Home & Health Farsi follows what has been a period of incredible growth for Discovery across the Middle East and North Africa, following its recent partnership with beIN Media Group and the launch of six pay-TV channels, including DKids HD, DLife HD and DMAX HD, and the extension of its long-term partnership with OSN, which saw the launch of new channels Discovery Family HD and IDX HD earlier this year. The content on Home & Health Farsi complements Discovery’s impressive local channel line-up, which includes eleven pay-TV channels, in addition to the free-to-air channel, Quest Arabiya, launched by Image Nation in partnership with Discovery, strengthening Discovery’s position as one of the leading multiplatform broadcasters and content providers in the region. More than just a linear broadcaster and content provider, Discovery also has a growing off-air presence, including a successful digital offering led by its flagship food channel Fatafeat, and most recently a retail store and consumer experience activation for Discovery Channel, thanks to its partnership with Emaar Entertainment.