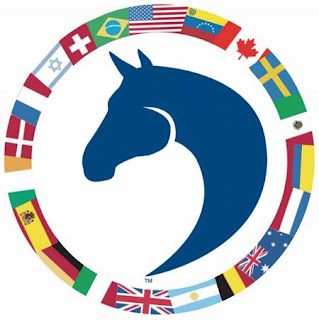 (BUSINESS WIRE)--Mark Bellissimo, Managing Partner and largest shareholder of Wellington Equestrian Partners (WEP), unveiled an $80 million dollar expansion plan for Palm Beach International Equestrian Center (PBIEC) and surrounding areas. WEP has invested over $225 million building the 140 acre PBIEC facility and securing 370 acres surrounding the facility. WEP was founded by Bellissimo, Roger Smith, and Dennis Dammerman in 2006 and is dedicated to creating excellence in horse sports. The Partnership includes some of America’s most prominent equestrian families, all of whom are committed to providing a home for the equestrian community and assuring harmony between equestrian and non-equestrian interests in Wellington.

The Wellington Equestrian Partners' goal is to make Wellington the premier equestrian lifestyle destination in the world. To support vision and expansion plans, Bellissimo outlined key elements of the WEP strategy:

* Create a world-class facility that supports entry-level riders to Olympic athletes.
* Provide and support programs to increase access to the sport and the facility.
* Connect to the community through entertainment, job education, and philanthropy.
* Lead the transition to a true commercial sport through increased sponsorship and media exposure.
* Enhance the lifestyle for all participants, including spectators, riders, residents, trainers, and horse owners.

Wellington lies 20 miles west of Palm Beach Island and 15 miles west of Palm Beach International Airport. The Village of Wellington is synonymous with World Class Horse Country. In the late ‘90s, Wellington created an 8,000 acre equestrian district which protects the equestrian industry and is home to hundreds of horse farms that surround PBIEC. WEP owns over 500 acres within the district including the majority of the commercial entitlement.

Each year over 10,000 people come from 30 countries and 49 states to participate in a series of shows called the FTI Winter Equestrian Festival (WEF). They are produced and managed by ESP and WEF is the largest, longest-running competition in horse sports. The WEF, which awards over 6 million dollars in prize money, runs each year from early January to early April. While they showcase the top American and International riders and horses, including Olympic Gold Medalists, they also host beginner riders to juniors to amateurs.

The PBIEC is considered one of the most recognizable equestrian sporting venues in the world today. PBIEC has 13 competition arenas that host over 70 divisions of competition and has become a first-class spectator sporting event and unique entertainment destination for everyone.

Since WEP took over ownership of PBIEC in 2007, they have invested over $25 million in improvements ranging from new footing in 12 arenas to a significant increase in hospitality options throughout the facility.

The main strategy for phase two is centered around the conversion of the old polo stadium into the gateway to the equestrian community. This facility is at South Shore Boulevard and Pierson Road and located only hundreds of yards from PBIEC. The major elements of Phase 2 are:

The creation of a world-class dressage circuit is a significant component. Dover and Boyer expressed the need for a new top-notch dressage facility in Wellington and supported Bellissimo’s plans to elevate dressage at PBIEC. Dover announced his goal to raise $1 million in sponsorship for the new ESP Dressage series before the 2012 season. This would enable dressage competitors to have the premier quality of competition, prize money, and venue in Wellington.

Finally, Bellissimo announced that WEP is evaluating the development of an indoor stadium in order to expand the season and increase the opportunities for horse sports in Wellington. This initiative would better position WEP to bid for prestigious competitions such as the FEI World Cup Finals and the 2018 FEI World Equestrian Games.

Clara@equestriansport.com
Posted by Dubai News Blog at 9:52 AM