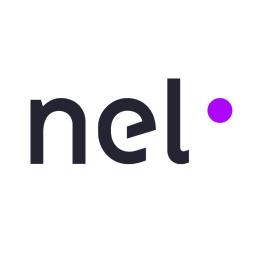 (BUSINESS WIRE)-- Nel ASA (Nel, OSE: NEL) has been awarded a contract for delivery of 448 electrolysers and associated fueling equipment to Nikola Motor Company (Nikola) as part of Nikola’s development of a hydrogen station infrastructure in the US for truck and passenger vehicles. Under the multi-billion NOK contract, to be deployed from 2020, Nel will deliver up to 1 GW of electrolysis plus fueling equipment.

“We are proud to announce this 1 GW electrolyser contract with Nikola. The multi-billion NOK contract is the largest electrolyser and fueling station contract ever awarded. It will secure fast and cost efficient fueling of Nikola’s fleet of hydrogen trucks, as well as a growing fleet of Fuel Cell Electric Vehicles. We look forward to working with Nikola on developing the world’s largest, most efficient network of low-cost hydrogen production and fueling sites,” says Jon André Løkke, Chief Executive Officer of Nel.

“The future for zero-emission trucks has never been brighter. Nel’s electrolysers are efficient and reliable, making them a natural backbone for our station infrastructure. Each station will produce 700 bar and will be compatible with class 8 trucks and consumer cars. This is an incredibly exciting time and we have now contractually set in motion the largest network of hydrogen in the world,” says Trevor Milton, Chief Executive Officer of Nikola.

Under the contract, Nel will deliver 448 electrolysers and supporting fueling equipment to Nikola, starting in 2020. The contract includes a pre-engineering package of around USD 1.5 million, where Nel will develop a station design, including electrolysers, specifically made for fast fueling of Nikola trucks. Nikola has already placed an initial order amounting to more than USD 9 million for two demo-stations for which delivery will commence towards the end of 2018.

In May, Nikola announced that Anheuser-Busch has placed an order for up to 800 Hydrogen-Electric Powered Semi-Trucks. To support the Anheuser-Busch fleet of trucks, Nikola and Nel will need to deploy around 28 stations with a revenue potential for Nel of more than USD 500 million.